Commentary on the grain market

Corn opened the week Monday at 5.70 CU21 futures and traded lower throughout the day, closing lower 14 cents at 5.56 CU21. August soybeans opened Monday at 14.75 SQ21 and followed sharply lower corn, trading lower on the day 47 cents to close at 14.28. Rain was added to the Iowa forecast to help push prices down, as well as the collapse of the markets as a whole as OPEC announced it was increasing oil production and increasingly more reports of a COVID resurgence have hit markets. The status of corn on the crop progress report showed that the crop still maintained a G / E rating of 65%, and soybean actually increased its G / E rating by 1% to stand at 60. % G / E.

Tuesday’s trade saw a rebound in corn after Monday’s trade, with CU21 futures opening at 5.58 and closing higher at 5.7175 as corn tried to close the July 6 gap.e. Soy followed corn higher on the day, with SQ21 futures trading higher 9.25 cents to close the day at 14.4350. Corn was gathering as the forecast for ND, SD and MN continued to show a dry / warm forecast.

Wednesday showed corn rising and trading briefly through the 50-day moving average for the first time since July 2sd, before closing the day down ¼ cent. CZ21 corn closed all but half a cent of the gap before collapsing afterwards. Soybeans started the day higher before selling at the close, ending the day 4.25 cents lower from the previous day’s close.

Corn trade from September 21 on Thursday had continued to rebound off the 50-day moving average as corn trade fell after CZ21 futures closed the gap the day before. Corn ended the day down 7.25 cents from the previous day. August soybeans had an active trading day as mentions of better soybean terms and the purchase of some Argentinian cargoes helped push futures down. Soybeans traded as high as 49 cents the day before rebounding slightly and closing the day at 14.1625, down just 23 cents. The funds were credited with the sale of 6,000 corn contracts, which depressed the corn trade. China also canceled 160 mt of its 2020/2021 corn sales this week.

Corn traded down 17.5 cents again on Friday, closing the week at 5.4725 CU21 after again attempting to breach the 50-day moving average, but not quite hit that level. . SQ21 soybeans also closed 17.25 cents lower, ending the week much lower at 14.01. The rains continue to move into the ECB on the 8 to 14 day outlook to help fill up after pollination. Considering the technical charts and weather conditions, it looks like December corn has a chance to fall back towards 5.15 CZ21 futures where we found support as volatility continues to curl. 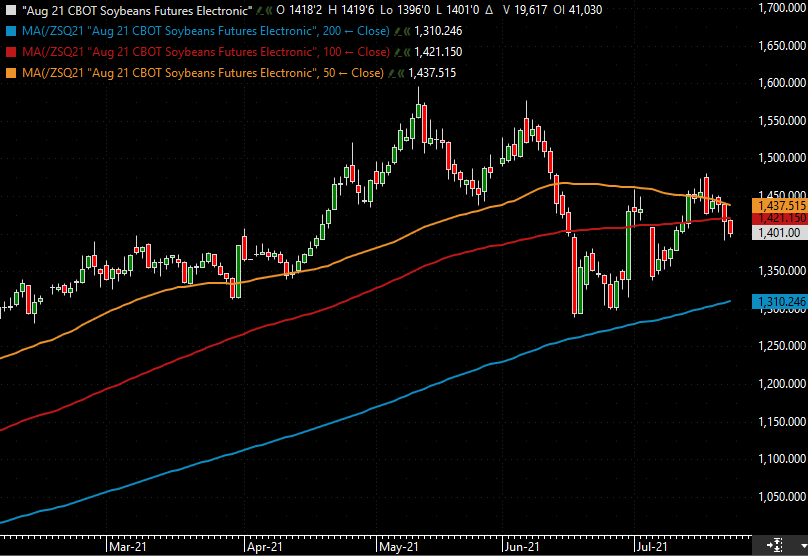 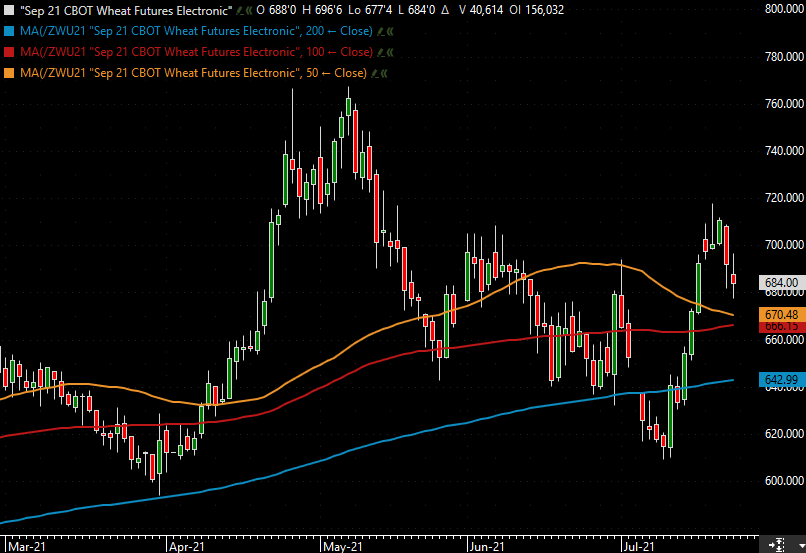